The Sophie Fund: Thank You

Home The Sophie Fund: Thank You

The Sophie Fund: Thank You

“Service” is a word bursting with meaning for the APO Gamma Service Team, as we have learned first-hand here at The Sophie Fund.

A little more than a year ago, we decided to organize a cupcake baking contest in the Ithaca Commons. Our idea was to raise some money for mental health initiatives, bring some cupcake joy to Ithaca, and fight the stigma around mental health and treatment. Sophie (’14) was an avid baker and loved baking cupcakes from an early age.

An APO brother came across some publicity for the contest and quickly contacted us. She said she would encourage APO Gamma brothers to bake some cupcakes, but she also wanted to know “if there was any way our brothers could help out.”

Our answer was “Yes!” The truth was that we had thrown the 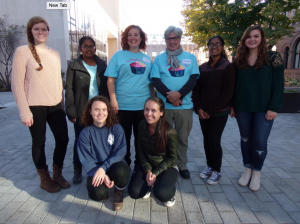 contest together at the last minute, and we desperately needed help with logistics on event day. APO Gamma dispatched a dozen or so brothers to the Bernie Milton Pavilion who helped with everything from registering scores of contestants, inventorying the cupcakes for panels of judges, preparing awards certificates for the winners, and mopping up the site afterwards. The flood of contestants was much more than we anticipated. The 1st Annual Cupcake Baking Contest was a big success.

APO Gamma, we couldn’t have done it without you!

In January, APO Gamma was ready to start talking about how they could support the 2nd Annual Ithaca Cupcake Baking Contest 10 months away. In numerous meetings at Starbucks downtown and at Willard Straight Hall on campus (not to mention countless emails), APO Gamma helped us design a sequel that included a fun fundraising element—collecting donations for mental health initiatives and giving donors “cupcake buttons” in return.

Starting in late September, APO Gamma squads fanned out to Ho Plaza, GreenStar Natural Foods Market, and the Apple Harvest Festival to advocate for mental health, take donations for this year’s cause—suicide prevention—and promote the cupcake contest to be held in the Commons on October 14. APO Gamma raised more than $500, well above our expectations.

More important, the brothers’ presence on campus and in the community generated further awareness and prompted conversations that make a difference and could save a life. We know from Sophie’s experience with depression and anxiety, which led her to take a health leave of absence only six months away from graduation, how important it is to know that there is help, that people care.

At The Sophie Fund, we are overwhelmed not only by APO Gamma’s aid with fundraising and contest logistics, but by the heart that the brothers put into their service to the community. 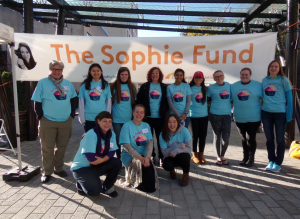 We know that APO Gamma is involved around the clock in so many other projects supporting mental health. It is truly something to admire.

Thank you for sending the blog post. It left us speechless. It was such a beautiful thing to us to see Sophie’s peers out there on the Cornell campus, in Collegetown, and in the Commons, advocating for mental health, and then to read their sincere words about why they did so and what it meant to them.

We’re expecting a larger turnout for the 2017 cupcake contest. Once again, it wouldn’t happen without APO Gamma.