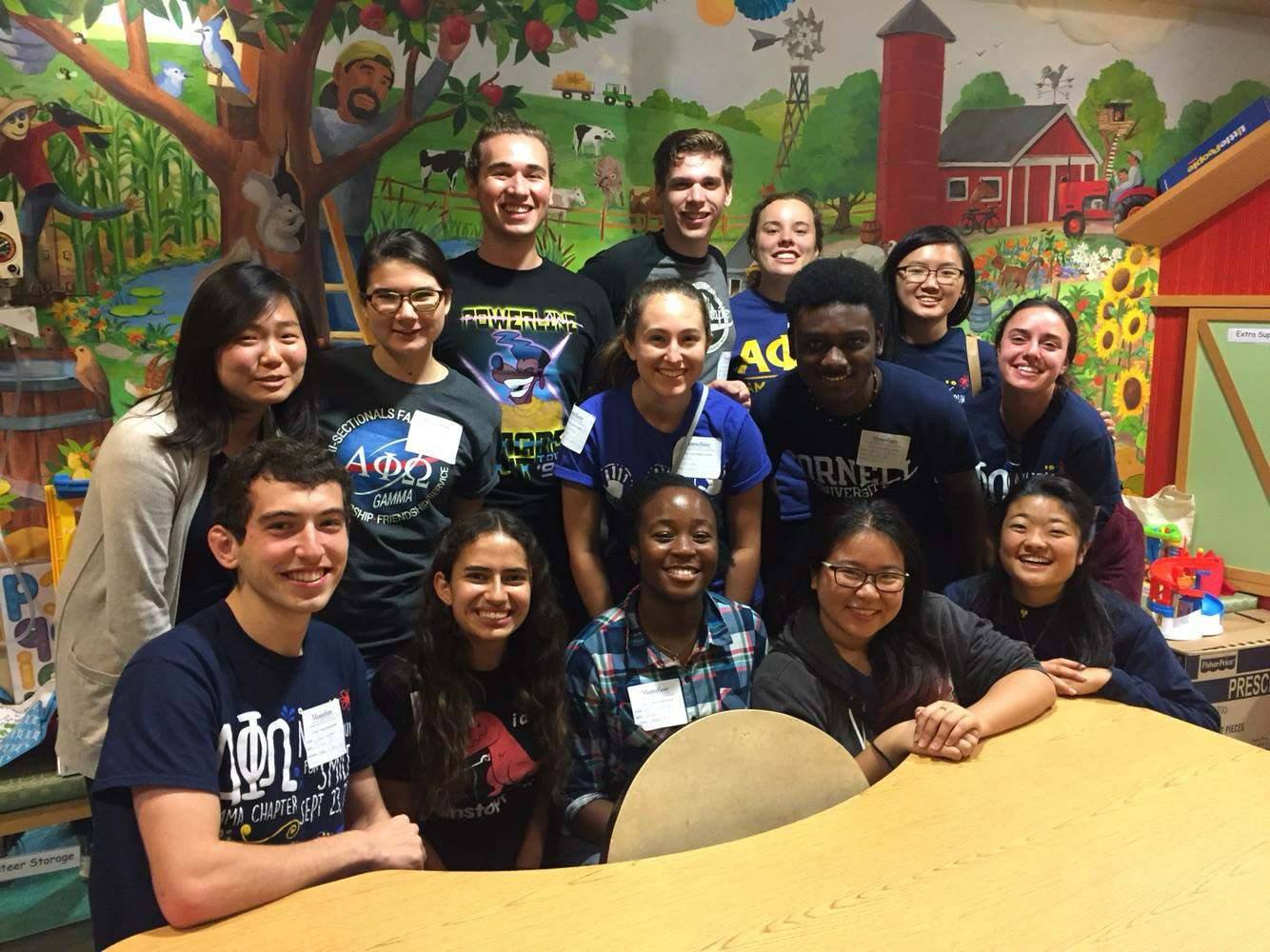 Arriving at CHAM for the afternoon shift of volunteering, I very excited but also really nervous. I’m usually pretty comfortable working with kids but I was terrified of saying the wrong thing to a child that might have been in the hospital for weeks or months.

Luckily, we had the help of the wonderful staff members at CHAM. Ingrid gave us a floor by floor tour of the hospital, stopping at each of the playrooms on the way. It was incredible how much detail was taken to make the environment as welcoming and child-friendly as possible. Floor-to-ceiling murals of jungles and farms, posters of popular athletes and 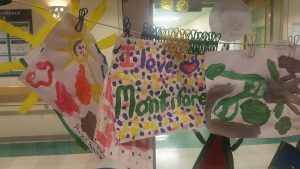 cartoon characters, and colorful art at a child’s eye level were everywhere. Even the ceiling tiles have footprints of animals and leaves patterns on them; when we asked about these, Ingrid told us that since many patients travel through the hallways while lying on their backs in bed, the decorated ceiling is the majority of what they see.

After our tour, we split into groups to visit the playrooms. Hannah, Meriel, and I headed to the adolescent room, where I expected our finger painting and dollar store crafts might be a hard sell against the hospital’s PlayStation. The kids at CHAM, however, are absolutely incredible and did not mind in the slightest. We had a blast struggling through origami together and talking about our favorite Broadway musicals. Hannah and Meriel found a couple younger kids and were soon wrapped up in an all-out action figure/plastic dinosaur battle 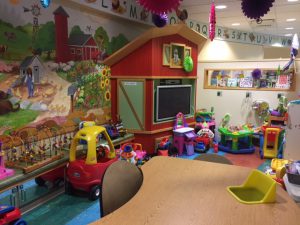 that involved multiple apocalypses and a lot of happy screaming. The Child Life staff member actually commented that the atmosphere in the playroom was more hyped up then normal, and she seemed pretty happy about that! We were having so much fun that we almost forgot to meet the volunteer coordinator in the lobby when our shift was over.

All in all, I can’t think of a better way to have spent my Fall Break. I’ve always known our support of the Nathaniel Rand Fund is important to helping the Child Life program at CHAM but experiencing firsthand the smiles and laughter that this program brings to kids going through some of the toughest days of their lives was an incomparable experience. Of all the ways for our brotherhood to continue to spread Nate’s smile and kindness, dedicating our time and energy to supporting the Children’s Hospital at Montefiore has got to top them all.

The trip began Sunday morning with the CHAMobile (the lovely name given to my car for the weekend)  packed with snacks, blankets, and Lucille (Marvels family mascot) strapped in and ready to go. The drive over to a service event is rarely discussed, but for me, the rides there and back were absolutely lovely. As a driver, I was nervous about having the responsibility to transport people from Ithaca to Brooklyn to Long Island to the Bronx and back to Ithaca. It seemed like it 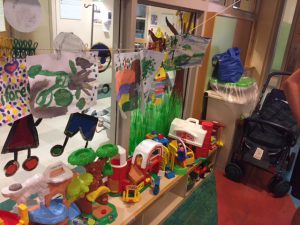 would be so overwhelming, and I was so wrong. The brothers who were in my car for both rides were spectacular company and each provided different elements to the drive. Whether it be playlists, fun conversation topics, yummy snacks, or navigational support, each one gave me a glimpse into what our two days would be like.

Spending the day at Prospect Park with the other brothers and alums was a great way to start our adventure in the city. We came together to go on a walk around the park filled with jokes, cute dogs, an unexpected wedding, and a toss-up about who was actually leading us out of the park. The element of friendship got even stronger once we were at Jason’s house for the night. Sitting on his basement floor with some pizza and fun games, every brother was involved and engaged in our rounds of Avalon and Mafia. Brady led the group on some crazy stories for Mafia, and we all got so enthralled that we stayed up pretty late. Personally, those are my favorite kind of nights, and I was so glad that this service trip gave me so many fun things to look back on.

The next morning, while still bonding at breakfast, we got ready and left to arrive at the Bronx by 10am. My shift, which was from 10-12pm, gave me some face time with several kids. Winnie and I were happily welcomed at the table in the play room. I ended up playing a fish game 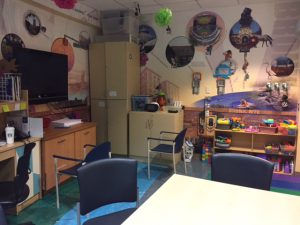 with two kids, who were four and six, while Winnie played chess and checkers with a sixteen year old patient. I’ve got to say, all three of them creamed us both at the games we were playing (at least in the first round). While Winnie won a round of chess and I finally learned how to play an adorable fishing game, our shift was long gone. It was around 12:20pm by the time we accepted that it was time to go.

Spending my fall break surrounded by wonderful brothers and amazing children was the best decision I could have made. This service trip encompassed all three pillars APO is built on, and it made me even more appreciative of being given the opportunity to see what the Nathaniel Rand Fund is helping sustain every day. 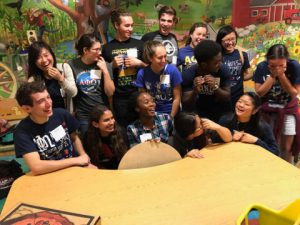