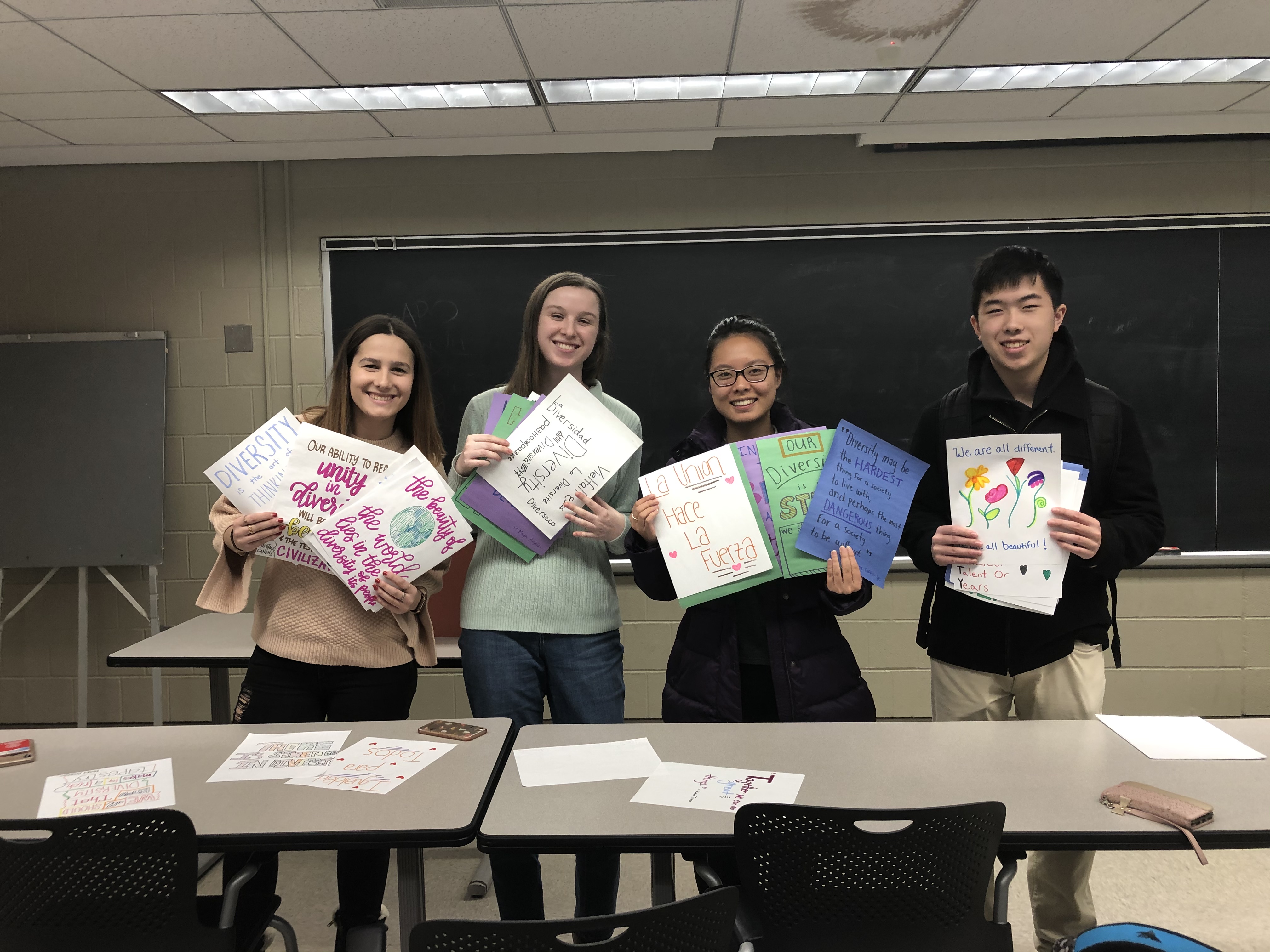 A few weeks after Julia Feliz’s Medium post went viral — a post that described Cornell’s discrimination against the student — the Minority ILR Student Organization and an APO PPG collaborated to host an event that promoted on-campus diversity. Specifically, the service event entailed writing letters and designing posters in support of Feliz. I had a great time at the Pledge Project Group’s event! Walking in, I felt extremely welcomed: the chill music and everyone’s inviting smiles created a cute, warm environment. There were lots of friendly conversations around the room and the pledges did a great job of making everyone feel included. We also had the opportunity to talk to people outside of APO, like the Minority ILR Student Organization, which made the experience more fun.

The poster and letter making also went extremely well. It was very therapeutic being able to set aside time, sit down, and write kind messages of support. Specifically, we made posters that highlighted diversity, community, and inclusivity. It was very impactful being able to reflect on Julia Feliz’s experience and actively engage in an event that aimed to improve Cornell’s diversity. I also enjoyed watching the pledges organize and run the event! They all worked hard to make their project meaningful, and it was super gratifying watching their efforts pay off.