[Service Team Note: We at APO Gamma are incredibly thankful to the continued efforts of both the Rand family and of our brothers and pledges to keep showing enthusiasm and love year after year in support of an amazing cause. At last estimate, we have currently raised over $2,500 towards the Nathaniel L. Rand Fund and will be continuing our efforts throughout the semester to support them.]

When Nate decided to join this fraternity, he said it was not a typical frat that I was used to. But, he said, it was exactly for him. He knew that much and it grew truer as his brothers, their missions, their loyalty and commitment proved itself over and over. He was never happier than with every 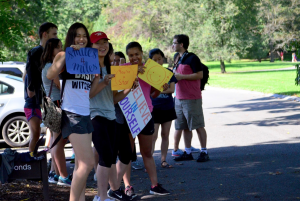 thing that APO stood and stands for. An award was set up in Nate’s memory and every year, another brother receives this award. Now, there is no one in APO who knew Nate and the person who began this award. Many would say…how to continue with no knowledge of the young man? Should they continue?

It really wasn’t a question – it just entailed creativity and ingenuity to get pictures, videos, stories…meet family and friends…learn of his parents’ passion to begin the gorge safety and education program so no other student would die accidentally because of lack of education or safety. Nate loved his work with the children at Child Life at the Children’s Hospital of

Montefiore. There are many stories of his experiences there, but one was when he changed his major at pre registration of junior year to pre med. He wanted to do more for these children and their families. Nate was an inspiring child for me. I marveled at his courage, sense of humor, his wisdom for someone so young.

I am incredibly grateful to APO GAMMA CHAPTER. They keep Nate alive and are committed to run the 5k every year in his memory and to support a place he loved. Thank you, with love and admiration of your loyalty. 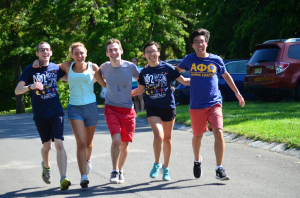 This is my 4th year running in Nate’s Run; one of the most incredible causes I have supported in my time at Cornell.  Nathaniel Rand was an embodiment of positive attitude and his ability to bring a smile to anyone’s face; each year of this race puts a smile on my face, and it’s an honor and a pleasure to run in his memory.
-Dylan van Duyne, Philanthropy Chair 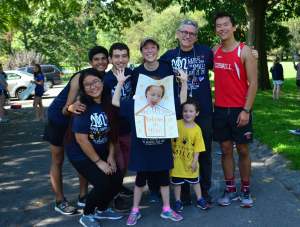 ‘Nate’s Run is Alpha Phi Omega’s 5K dedicated to…’ is a sentence I must have started several thousand times at this point. So to see the final event come to fruition, was incredible. I was surprised and amazed by the heart that everyone brought to the event. The love and gratitude from the Rand family was by itself amazing, but that our brothers also brought such enthusiasm
was overwhelming in the best way. The cheering, the running, the walking, and of course, the smiling. I loved it. I want it all again and I look forward to the next Nate’s Run already.
-Ivan Rios, Philanthropy Assistant
Other Photos! 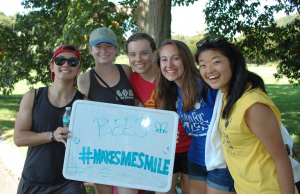 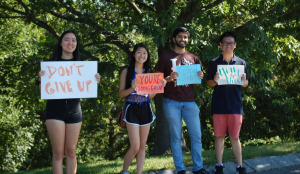 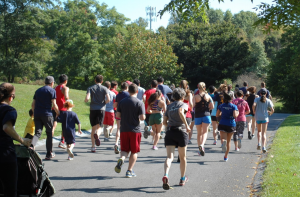 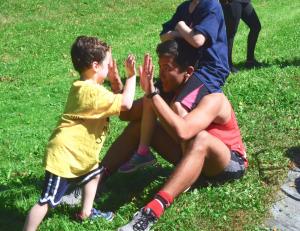 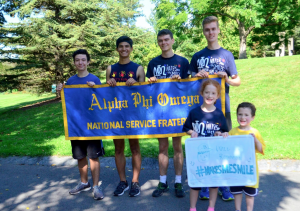