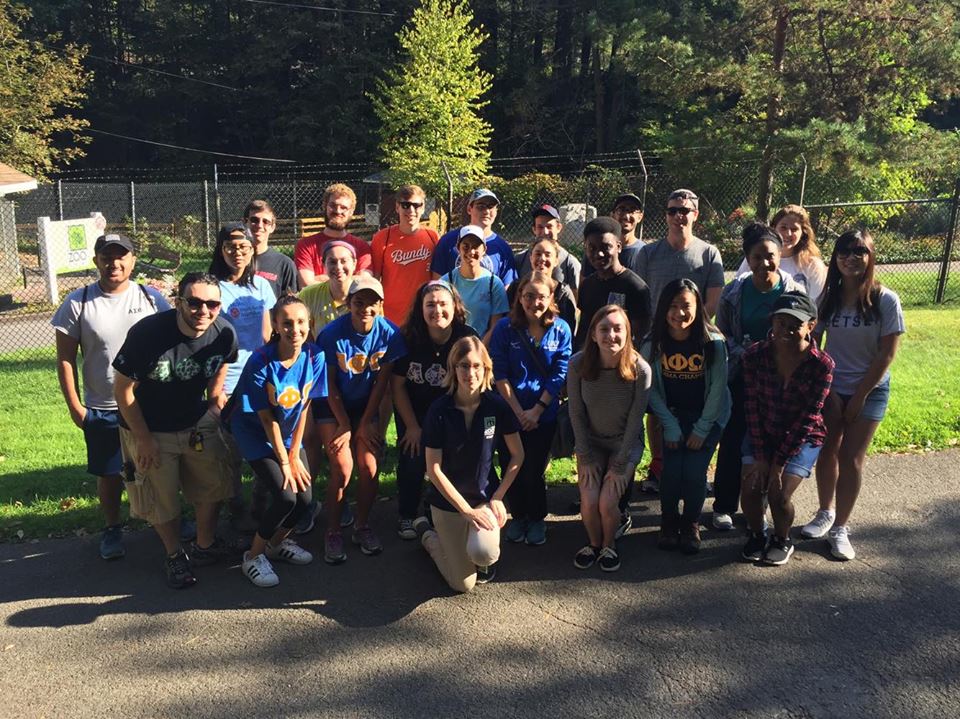 It was a warm sunny day as only three brothers trekked from Cornell to Binghamton last Spring. So many people had signed up to go on one of the first ever service retreats, but unfortunately, only three made the journey. Cordelia, Shea and I had so much fun at the zoo despite how few of us there were. We were able to join a group of city council people and their families that came to the zoo once 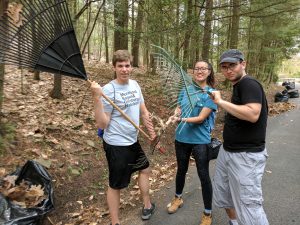 a year to volunteer. As the leaves had not been cleared the previous fall, there were a ton on the pathways that needed to be cleared. We teamed up and really helped to beautify the zoo that day while also being able to get to know each other better and see a ton of amazing animals!

As there were only three of us on the trip and we finished our service a little early, we decided to go over to an area called the storybook garden, which has sculptures representing a lot of children’s books and fairytales. After having gotten my latest Insta pics and Facebook profile pic, we noticed people wearing APO letters helping to beautify the garden by putting out wood chips! WHAT A COINCIDENCE! Shea recognized some of them and we quickly learned that they were brothers from the 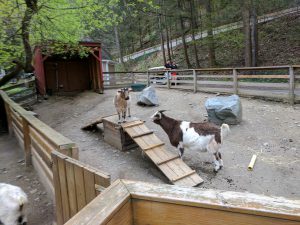 Binghamton chapter. And then, an idea struck! Since we had so few brothers able to make it to the zoo retreat, I already wanted to propose going back this semester, but having made contact with the Binghamton VPS’s, I decided why not have an inter-chapter service retreat?
As I was appointed retreats assistant for the semester, I was able to put the idea on myself, emailing the Binghamton chapter almost immediately after I got the position since I knew that this retreat would be well received by both of our chapters. They were so open to the idea that I knew it was going to be an amazing day! This retreat was so successful, and Binghamton is not far away at all, we should continue striving to do inter-chapter service with each other! 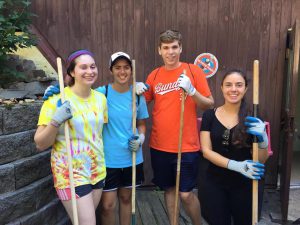 can be intimidating for getting to know people, especially when you are new to Cornell like me, but the car-ride led to easy conversation and banter. Everything around us indicated it was fall, but the sun’s beating down ensured the strange unseasonal weather happenings were not to be ignored.

We met with the Binghamton chapter’s brothers in the zoo parking lot, greeting one-another amidst the bleating of the goats from the farm area. I am no stranger to small, local zoos and their needs—having been a volunteer keeper aid at one in high school—and it must be stressed that zoos like these are only able to function and thrive because of the contributions of volunteers, no matter the level of dedication. Zoos like Binghamton have a 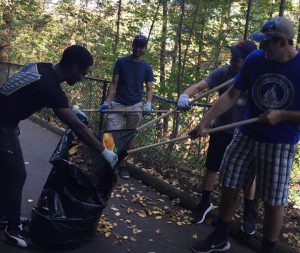 special place in my heart because I know the devotion to the animals the staff members have cultivated over the years. Our task on this Sunday in September was to simply beautify the zoological park by raking away the leaves burying the walkways. Brothers were quick to create interdependent systems to hasten the work: some used their shovels to fan away lighter things on the ground in following the rakers, some would put their rakes together to lift piles into trash bags.

What I found most remarkable was how the working together wasn’t chapter exclusive. Everyone was willing to help each other in tasks despite barely having met, and this fostered a hope in me as someone who has been searching for a niche here at Cornell. The volunteer coordinator had us stop at animal enclosures along the paths so we were able to get a “working tour”. Out of all of the animals, the two-toed sloth was who the Cornell brothers seemed 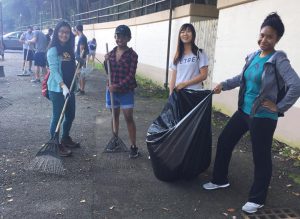 least willing to leave. She is quite captivating. Some brothers shouted “Zoboomafoo!!” as they saw the black-and-white ruffed lemurs. Although ‘Zoboomafoo’ was a sifaka lemur, their comments made me feel right at home, as this summer I worked where Zoboomafoo was from, the Duke Lemur Center. I came out of my shell a bit explaining to some brothers the differences between the two species. As we neared the barn area toward the end of our time and service there, leaving behind a clear path, we got the opportunity to hand-feed the goats. Brothers lined along the enclosure, leaning over to try and favor the smaller goats as opposed to the big ones who looked like they had enough food 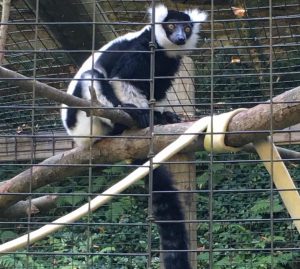 already. Once again, I see values of our brothers shining through as they give a leg up to animals who appear to need it, trite as the situation here may seem. Thank you for such a wonderful service trip out of the Cornell bubble!

*If any brothers need their memory stirred regarding the early 2000s American children’s show Zoboomafoo, here is the openingtheme: https://www.youtube.com/watch?v=jj9u6SGB_GY  The nostalgia is real. 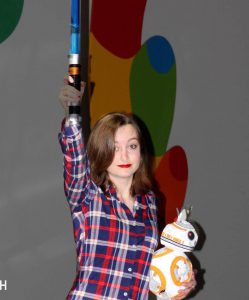