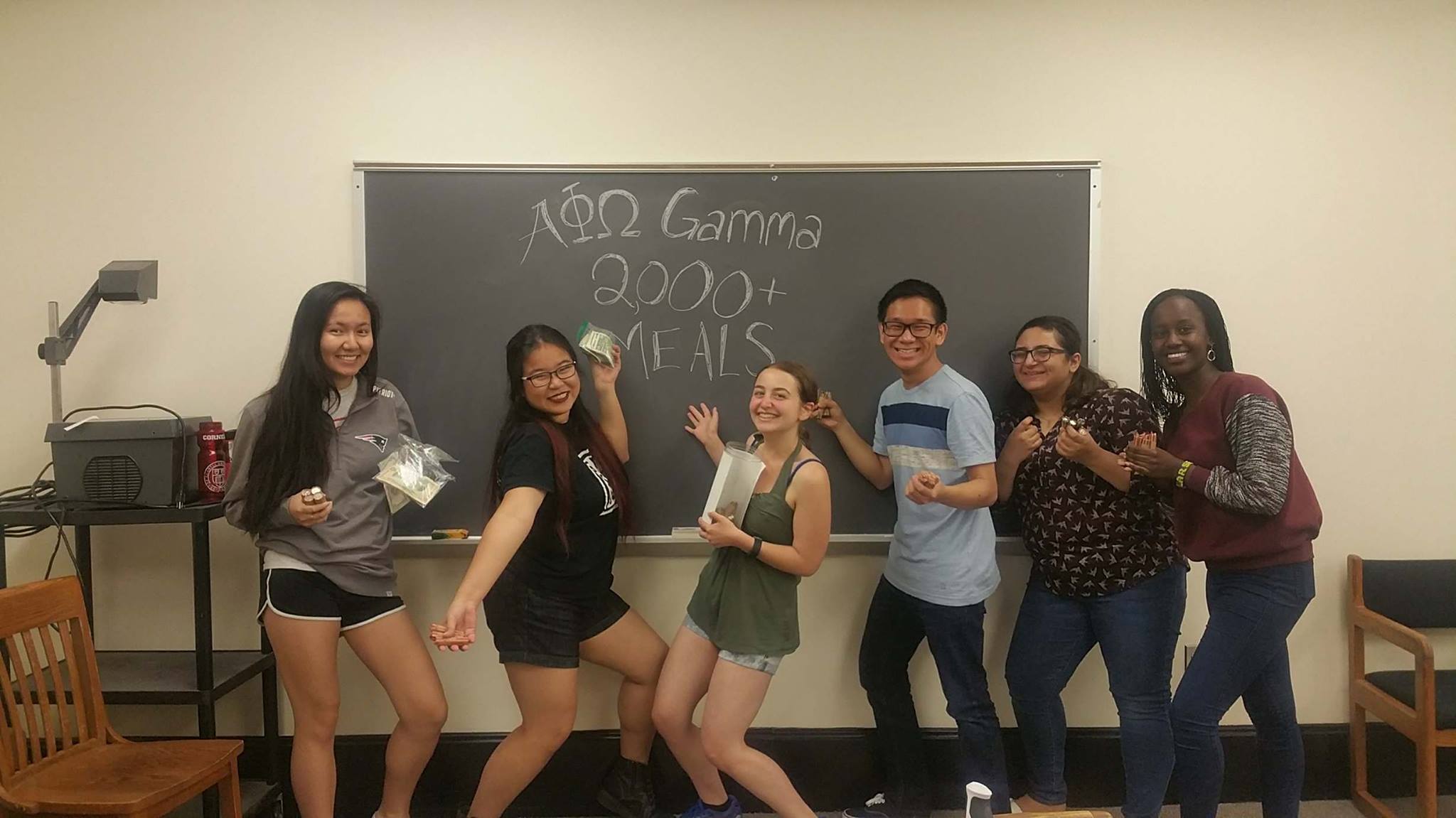 This year I decided that I wanted to take concrete action to combat hunger; Feed My Starving Children provided me with a great way to do so.  Ithaca MobilePack, an initiative started in 2009 and which is about to pack its 2 millionth meal to send to starving children in areas like Haiti, is a part of FMSC.  Each meal only costs 22 cents so even small donations are valuable.  APO Gamma 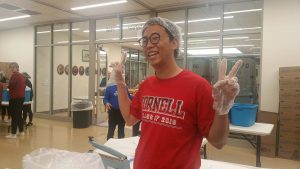 decided that we could make an impact by raising money for FMSC through a coin drive on Ho Plaza.  I thought it was an important event to get involved with, but had doubts about the effectiveness of a fundraiser on a college campus: college students are generally pretty unwilling to part with money, so would we be able to make a noticeable difference?  Luckily, I was astounded by the generosity of the Cornell campus and we raised over $500 – enough to provide 2,272 meals for starving children.  Each day as I lugged posters, candy incentives, and the increasingly heavier coin jars up to campus, I was proud to be a member of a campus where people cared.  Thank you to everyone who donated their time or money to the coin drive – we made a difference together!

I tabled for Feed My Starving Children in October in honor of September Food Security theme with the purpose of raising money for children in Haiti, Guatemala, Mexico, Liberia, and many more places, in partnership with Ithaca MobilePack. When I heard the story of how Ithaca MobilePack 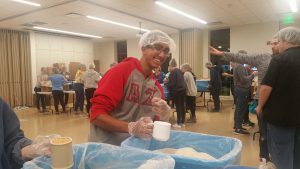 started, a mother who adopted children from Haiti was thankful for those who fed her children until she adopted them, I was very moved and knew that I wanted to get involved. Not only was I excited to help this charity, people were very excited to get rid of their coins for such a great cause. Some even thanked us because they didn’t know what to do with their change. Overall, it was a great feeling knowing that a few coins can make a difference. We raised more than $500 in the week through a coin drive and fed 28 children for a year. 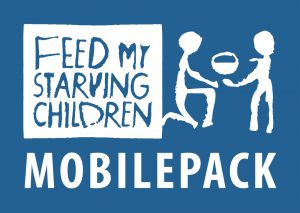