BWSS: A Place at the Table

Home BWSS: A Place at the Table

BWSS: A Place at the Table

I wasn’t really sure what to expect when I signed up to watch A Place at the Table: yes, I was interested in the problem of hunger in the United States, but what could I do about it?  This documentary opened my eyes to the extent of food insecurity in our backyard and the ways that we could help ameliorate this.  I had no idea that 50 million people in the US were “food insecure,” meaning that they don’t know where their next meal is coming from – and 17 million of these people are children! As the documentary followed Rosie, a child who had difficulty focusing in school because of 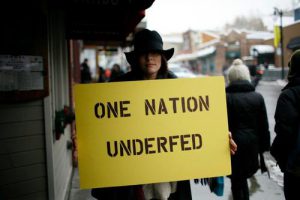 hunger, I realized the degree to which inadequate nutrition can impact a child’s development and ability to succeed: however, the school lunch programs only have an average of 90 cents to 1 dollar to spend on each child’s meal once salaries, etc. are taken out, and the government has failed to substantially increase this meager allotment.  With such a small amount available to spend on school food, it is no wonder that school lunches are much less nutritious than we would like; if school breakfast and lunch are the only meals a child is getting, a meal lacking in nutrition is an especially huge problem.

Additionally, I think we tend to assume food insecurity is caused by unemployment and the best solution is for someone to just get a job, but this film debunks the myth that a job fixes everything.  Instead, our food stamps program is inadequate: the film follows single mother Barbie as she struggles to provide for her two children, but when she finally finds employment at the 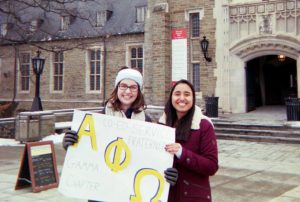 apparent climax of the film, she no longer qualifies for government assistance like free school lunches and still has the same difficulty putting food on the table.  It seems clear that we need a way to provide more assistance to people who no longer qualify for assistance under the current rules but who obviously still need some, if not as much, help.  This film made me aware of the degree of the problem of hunger in America as well as concrete methods for improving food security, because above all, the hunger crisis is solvable – we have enough food for every American if we can just find ways to get it to them.