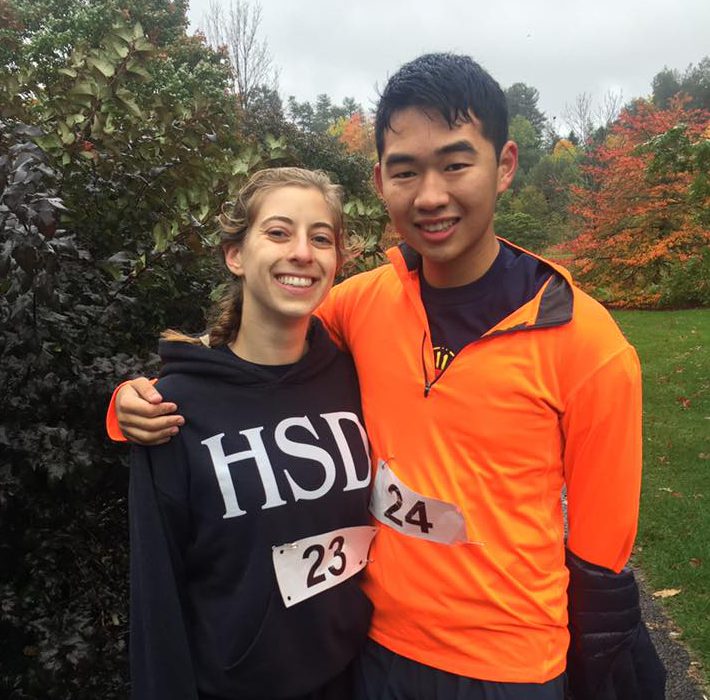 The morning of a 5k, there’s usually a troop that shows up haphazardly in cars or on foot to collect their t-shirts and grind a trail beneath their heels. Everyone ends up right where they started, full circle, to eat a bagel and head home sweating and satisfied. Typical. Five kilometers isn’t really that far, after all—just a couple of slopes and then the finish line. If you blink, you might miss it. 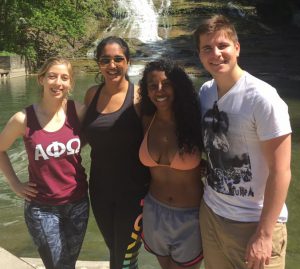 But Nate’s Run for Smiles isn’t like most 5ks.

We name the 5k for Nate not only because the money we raise specifically funds a program in a
children’s hospital where he dedicated so much of his time, but because of the legacy he’s left within our brotherhood. In his time with us, Nate exemplified being a leader, being a friend, and being of service. It’s just who he was. Nate was a smiler, too—and he continues to teach us that a smile can change everything. That service isn’t just a part of your day, but a part of who you are. As a chapter, we get that. Our members go to great lengths to keep connections alive with Cornell and the greater Tompkins County communities. Each day on our service calendar looks like a pancake stack at an all-you- can-eat breakfast joint. But there’s no other event on that calendar that defines brotherhood more than Nate’s Run. We run it to smile. We run it to celebrate service and to challenge ourselves to live up to Nate’s legacy. We run it for him, for his family, for each other, and for ourselves.
So we don’t blink. Every fall we gather at Cornell’s Arboretum. Slipping on brilliant saffron 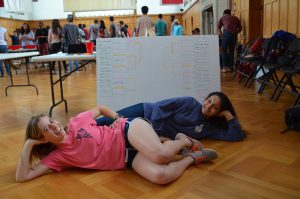 and turmeric leaves, the cheers of our brothers ringing in our ears, breathing the sweet air in quick bursts, we run the trail and follow the pavement to the finish line. When we all get there, we gather in close for a photo, grinning.

A five-kilometer circle doesn’t really take you anywhere. Until it does.