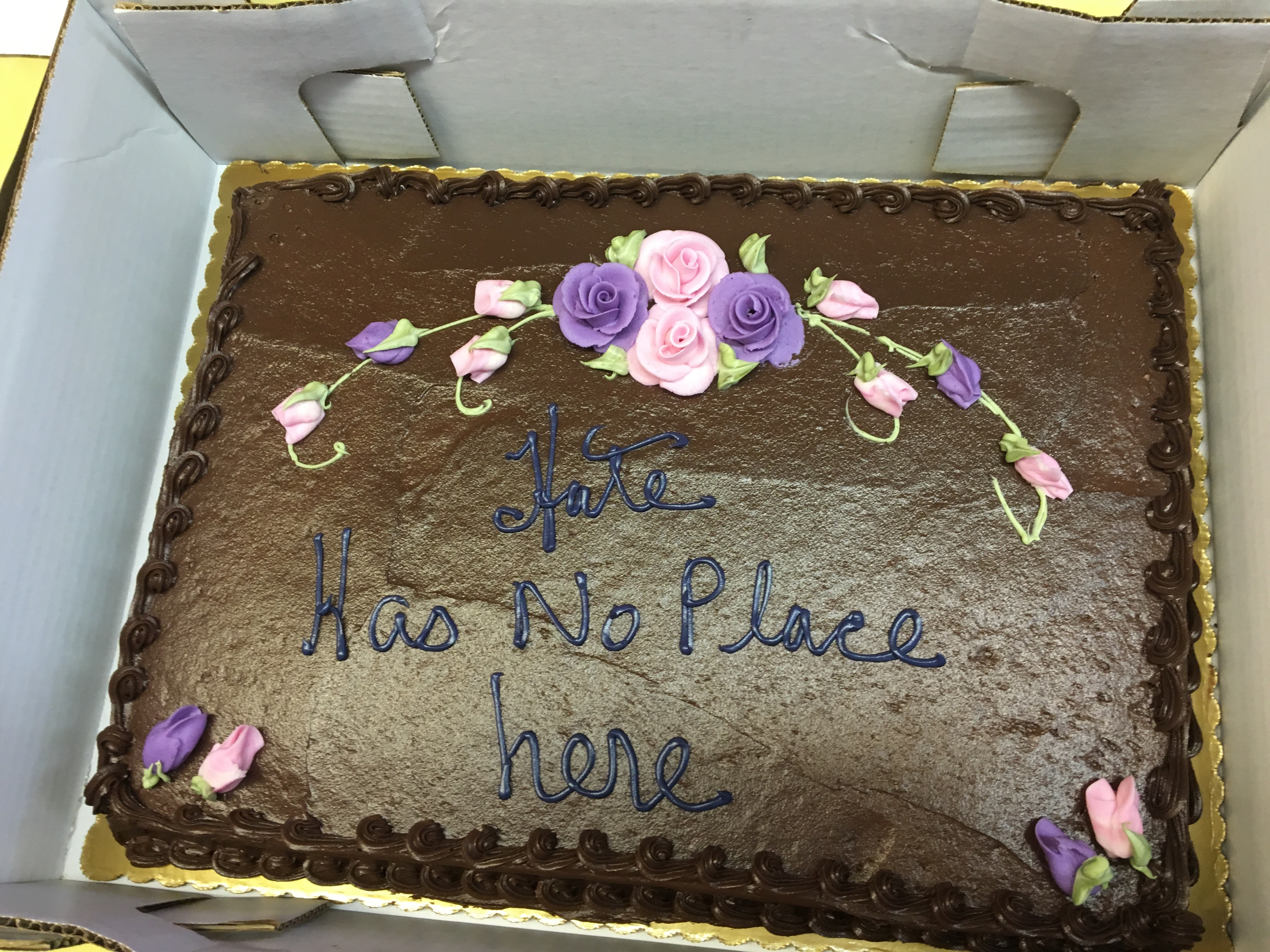 The past several years have borne witness to a rise of hate crimes and normalization of hate speech. Many of us see this trend and are disturbed by it, but feel helpless, and do not know how to combat it. In an effort to take action against hate, First Congregational Church in Ithaca has formed an “Against Hate Action” group, whose goal is to investigate the origins of hatred and its expressions, and to find tangible ways to intervene positively and effectively. For their first event, Against Hate Action hosted a film and workshop, open to the community, to inform and facilitate dialogue towards future action. The film was Dia Khan’s “White Right: Meeting the Enemy,” and the audience consisted mostly of FCC members, but included a handful of people from other communities, such as APO.

The film hit me harder than I expected. Going in, I knew that it was a documentary in which Dia Khan- a woman of color and a Muslam- met with white supremacists, including Neo-Nazis, in order to probe the roots of their ideologies. I expected it to be intense, but the disturbing and eerily familiar nature of the conversations and images struck me. Nevertheless, this film is not just shock value. Khan does an astounding job of injecting empathy into encounters with white supremacy, and of exposing the often horrific backstories of the most violent and vehement white supremecists. All the while, the film never downplays, sugar-coats, or excuses the horror and despicability of hateful speech and action.

After the film, we in the audience took a moment to gather our thoughts before diving into the discussion section of the evening. During the discussion, other audience members echoed my own emotions of shock Several overarching themes emerged as to the origins of hate: fear, isolation, ignorance, tortured pasts. These themes informed our ideas for action: establishing relationships across difference, listening to those whose ideas differ from our own, and intervening early with young people at risk for ideological extremism.

This workshop signifies just the beginning of AHA’s work; the group already has plans for future and more concrete events to fight hatred. AHA is planning to host a non-violent communication workshop later this fall, and I hope to see even more APO faces there!